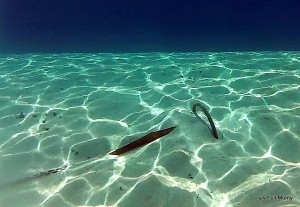 our Rocna well buried on the sand bank

After a week in the anchorage near Marina Taina, provisioning and spending our final days with s/v Liward, the kids and I finally hoisted the anchor and sailed to Moorea.  A strong northeast wind was forecast for the area, so we chose to return to village Ha’apiti on Moorea’s southwest shore.  It was a quiet anchorage and there was plenty of good snorkeling.  With surfing in mind, as well as keeping the 12-year old boys happy, s/v Macha joined us for the fun. 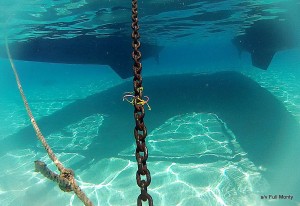 twist ties indicating the amount of chain out 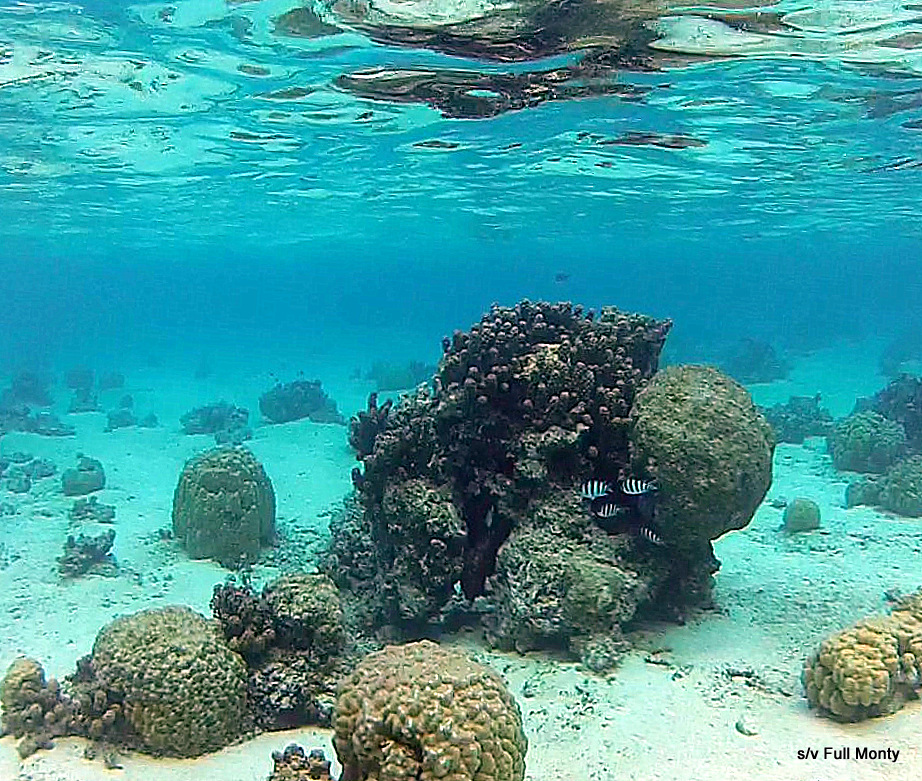 Since Wil was gone, Colin had become my new anchoring teammate.  With myself at the helm and Colin at the bow, it didn’t take us long to perfect our team anchoring skills.  Once the anchor was down, Colin would swim on the anchor.  One time, we re-anchored because our chain was too close to a teeny tiny coral home for a teeny tiny lionfish.

We managed plenty of great snorkeling before the strong wind arrived. 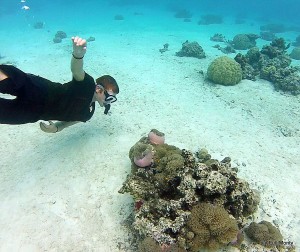 checking out the sea anemone 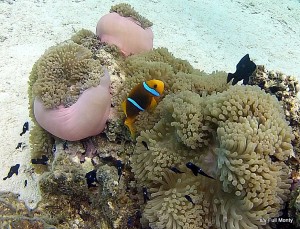 thrilled to have finally found Nemo! 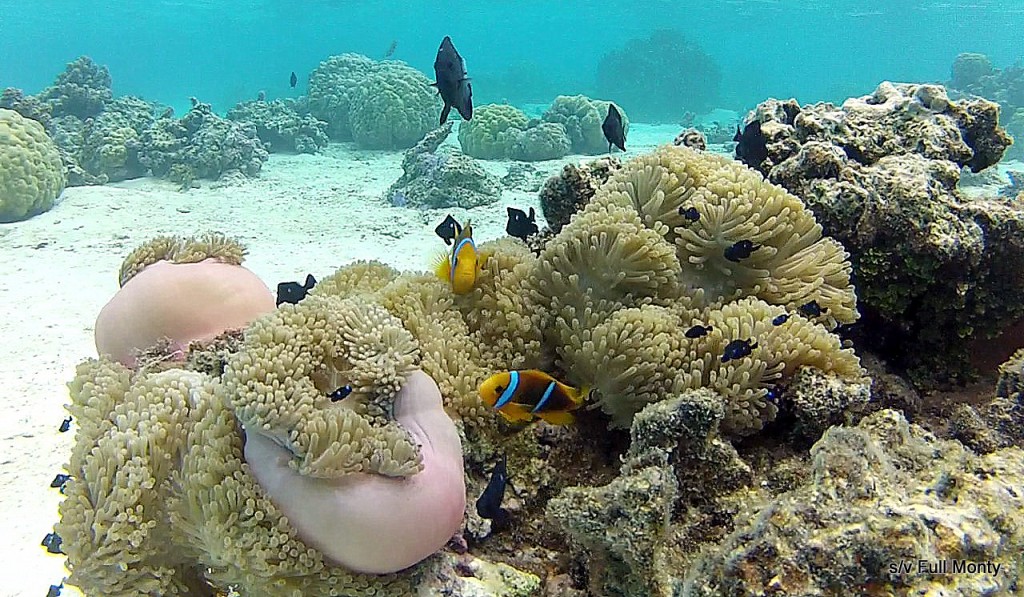 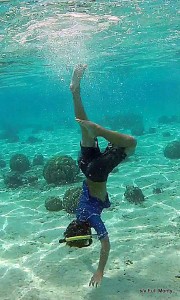 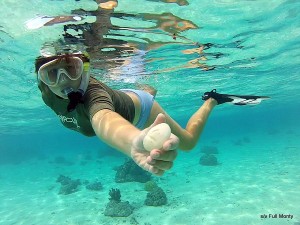 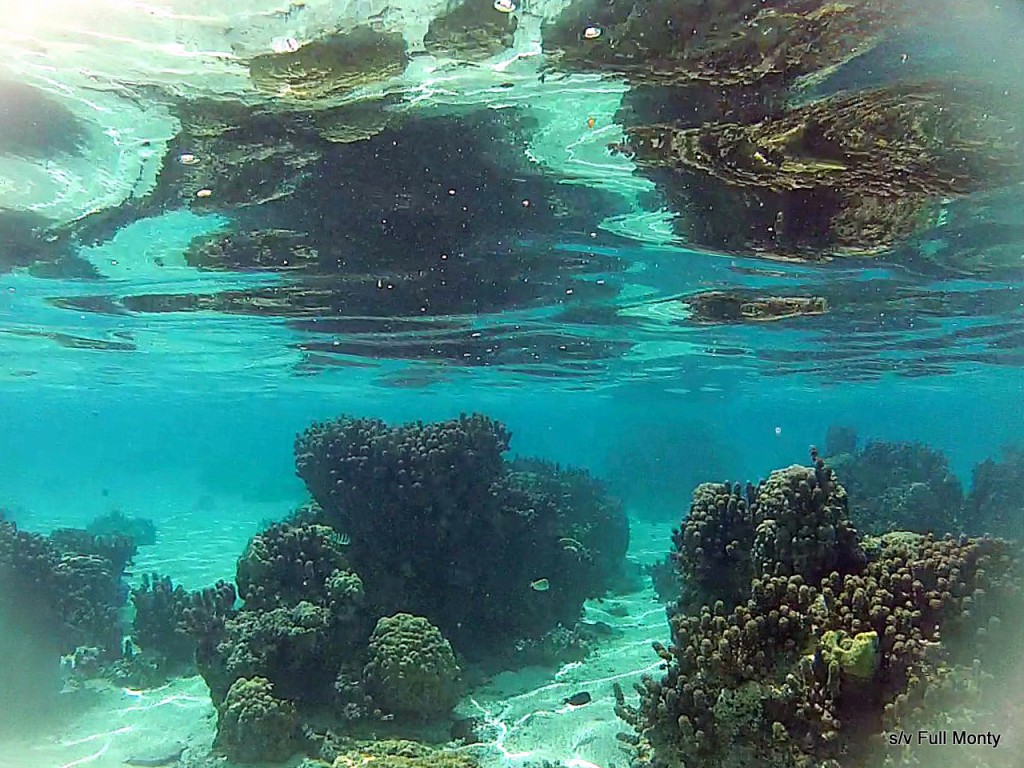 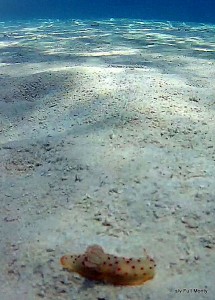 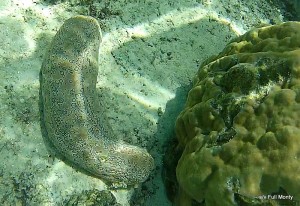 During the wee hours of the morning, the northeast wind began to build.  By about 5 a.m. it maintained itself at a good 30-40 knots.  It wasn’t long before our chain was outstretched and we were sitting stern to a handful of coral heads.  I immediately put myself at the helm with the engines on and in low gear.  As the wind blew, I monitored the situation, and brainstormed through my options.

The coral and sand bank in the Ha’apiti anchorage doesn’t leave much room for dropping the hook.  Boats must carefully place their anchor near the edge of the sandy drop-off, and allow for swinging room without hitting any coral heads.  We were in our usual spot with the best space available for our boat, but with a 40 knot wind funneling across the mountain and an outstretched chain, there wasn’t an ounce of extra room.

As a “single-hander” with kids, and with a very small anchoring space available, I didn’t want to attempt to re-anchor in the strong wind.  I didn’t want to shorten the anchor scope because then I’d sacrifice our holding power.  Therefore, I sat near the helm and stern of the boat for several hours, watching the coral heads with each gust of wind.

Finally, there was a small lull in the wind.  During the lull, s/v Macha added a stern anchor to prevent themselves from swinging onto the coral.  It would take too much time for me to rig our stern anchor, so I made a quick decision.  With Colin’s help, we pulled the anchor up and dropped it off the edge of the sand bank.  This allowed us to drag the anchor into the bank wall where it immediately held.  With the knowledge that the wind would remain northeast for the rest of the day, I knew we wouldn’t move.  I could finally take my eyes off our stern and relax a bit.

Twelve hours after the start of the 30-40 knot blow, the wind finally dropped below 30 knots.  My entire body was exhausted from the constant tension, and my ears were relieved to not hear the wind howling through the rigging anymore.  I was very thankful the wind had blown during the daylight hours (which it never does!), and I would have no trouble sleeping that night.

Normally, Wil and I would be together through a strong blow, and we could rely on each other for support.  If he had been there, we could have taken watch turns, worked together to get a stern anchor out during the lull, or even re-anchored in the 40 knots.  This was my first experience as a single parent acting as a solo captain (with a bit of help from the kids), and while it was a challenge, I was also reminded of my own capabilities.