Raiatea was to be our final stop in French Polynesia.  The kids’ school books would be arriving in Raiatea soon.  We were also eager to see our friends on s/v Zingaya who had returned home to Raiatea and were transitioning into their new jobs there.  And, it was time for the family aboard s/v Malia (Colin’s burfing buddy, Kea) to be flying home to Kauai (Hawai’i), and they needed to place Malia in one of the Raiatea marinas.  Therefore, along with Malia, we made the short day hop from Huahine over to Raiatea.  Once there, we spent a few days of play on Raiatea’s west side. 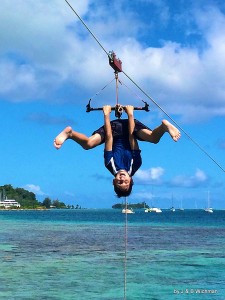 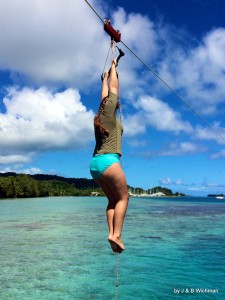 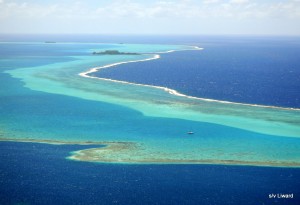 anchored between the reefs near Uturoa

After bidding farewell to Malia’s visiting crew, we moved around to an anchorage area near Uturoa on the northeast side of Raiatea.  There we could be near s/v Zingaya, as well as some extra provisioning.  While we waited for the school books to arrive, we spent time with the Zingaya crew, toured a bit of the Uturoa area, and prepared the boat for departure from French Polynesia.  Texas friend boats, s/v Liward and s/v Irie II, also popped in for a brief visit. 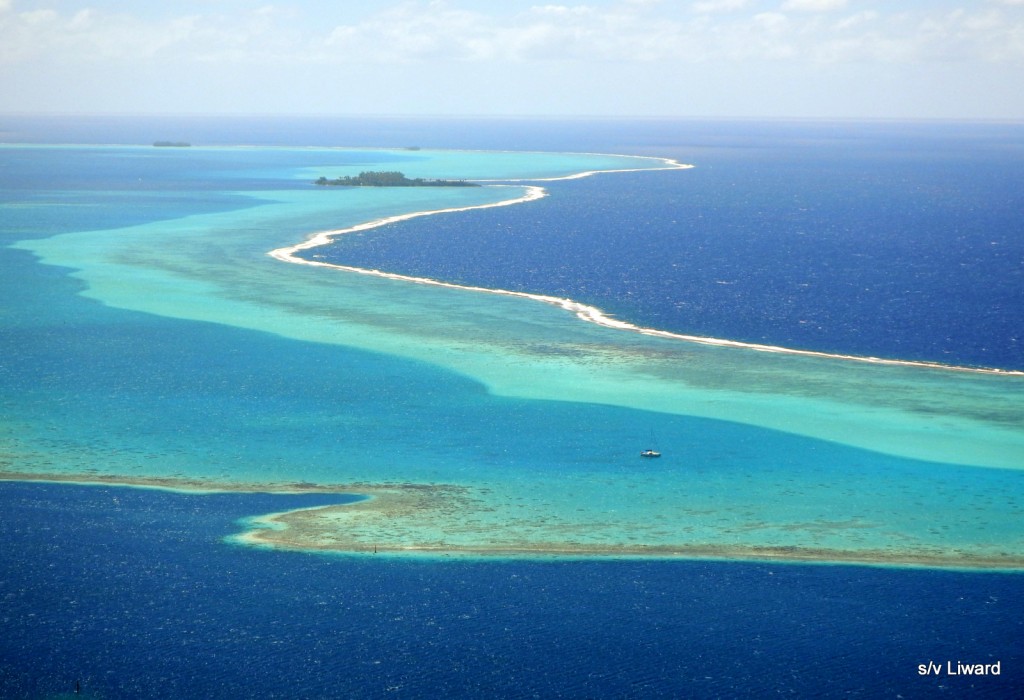 Full Monty anchored behind the reef & looking so small 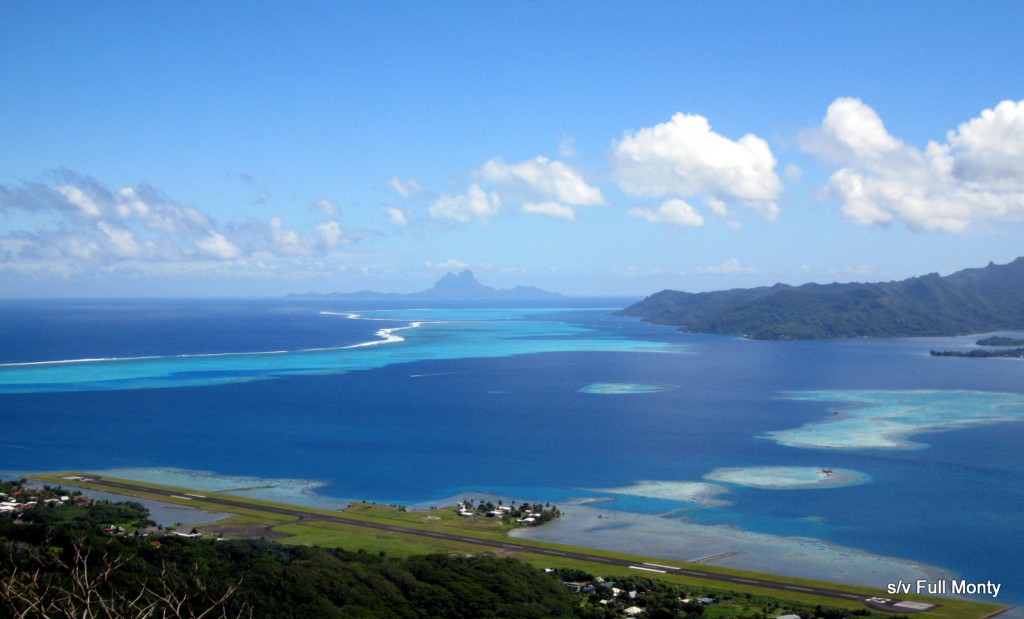 enjoying the view from Mt Tapioi 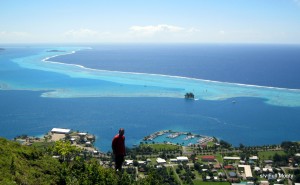 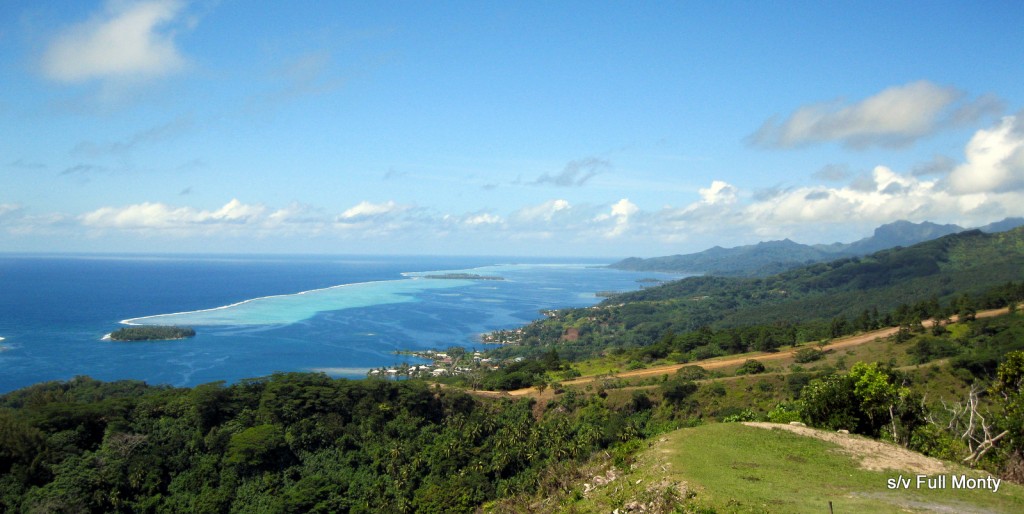 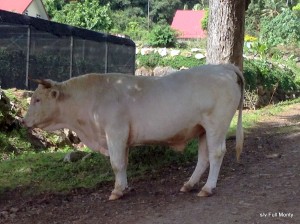 an unconcerned bull standing in our path 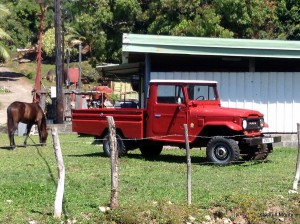 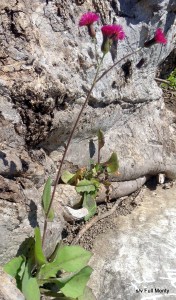 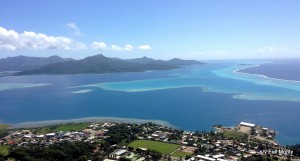 looking north from Raiatea to Tahaa 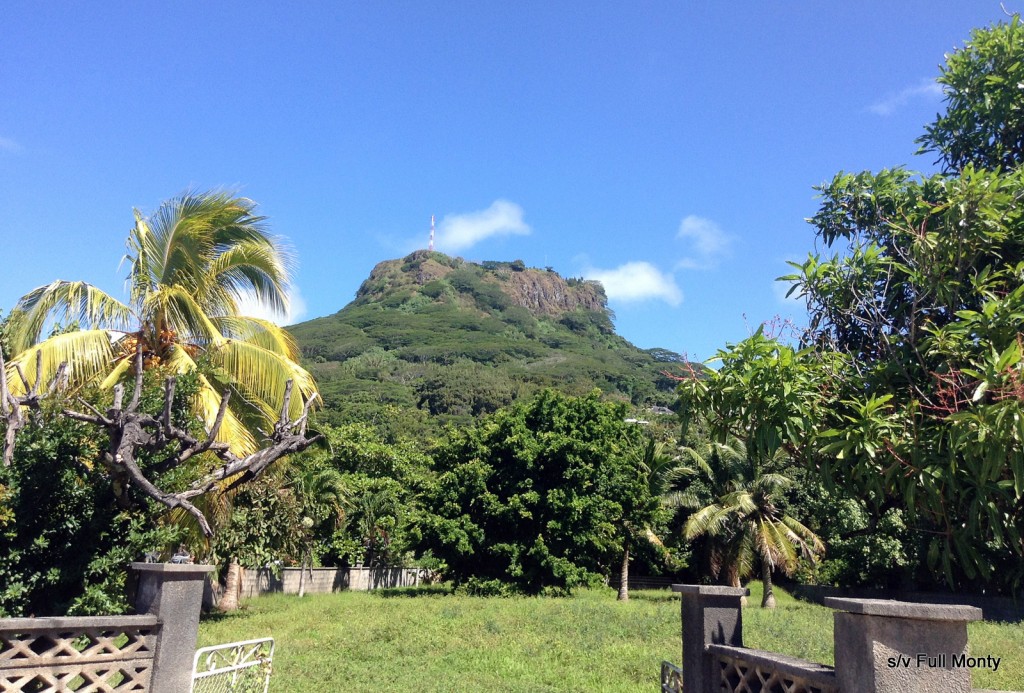 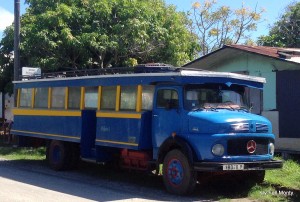 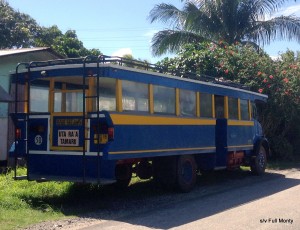 school would be starting soon in Raiatea 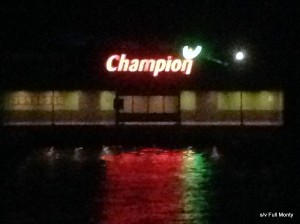 We were due to clear out of French Polynesia on a Sunday.  This meant we needed to get our clearance papers from the Gendarmerie on Friday at the latest.  We were down to our last days in French Polynesia, and busy with passage preparations, when we suddenly found ourselves with a leak in the raw water intake for the starboard engine.  There was a possibility that we would have to order a new part, so we immediately began the process of filing for a visa extension.  At the same time, we moved the boat to the Uturoa town wharf, so we could be available for inspection by proper authorities and a mechanic.  Wil was quite capable of fixing the leak himself, but we were required to have a local mechanic verify our situation. 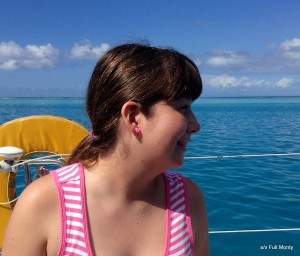 We spent one day and a night docked at the town wharf trying to sort out our troubles.  Our extension was filed, but because it was a Friday, we would need to wait until the Monday (one day after our visa would expire) to receive approval.  Therefore, rather than sit at the busy wharf, we returned to anchor for the weekend.  In the meantime, Wil managed to fix the leak before Monday, and we didn’t need the extension after all.

During the weekend, s/v Zingaya informed us that a local sailing school was hosting a free sailing day in order to recruit new students.  While the rest of the adults were busy with work or chores, I dinghied the kids over to the sailing school for the day.  There were a variety of Hobie cats, optimist sailing dinghies, and windsurfers available to anyone who wanted to give it a try or have some fun.  Instructors were also available and on standby for any necessary instruction or help.  Our kids went straight for the Hobie, and then later gave the windsurfers a try. 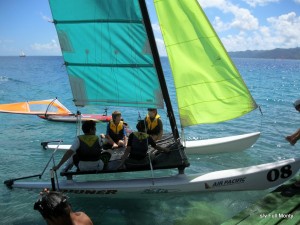 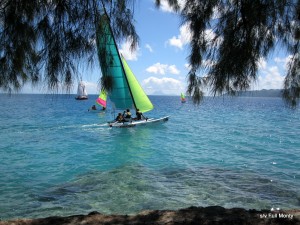 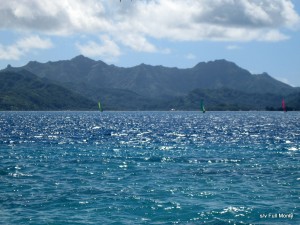 a sailing playground between Raiatea & Tahaa 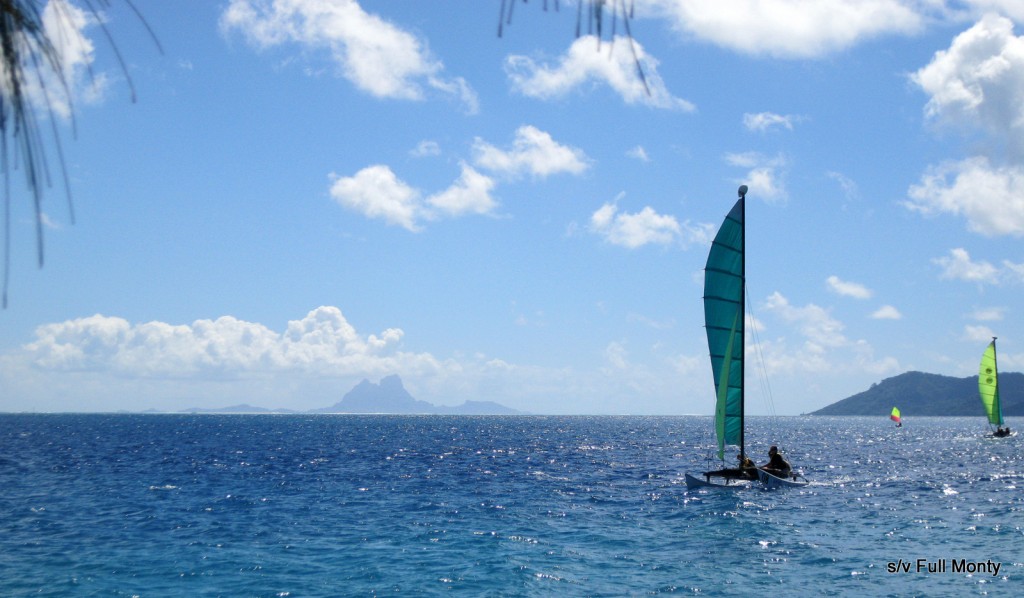 kids sailing between Raiatea & Tahaa ~ Bora Bora in the distance 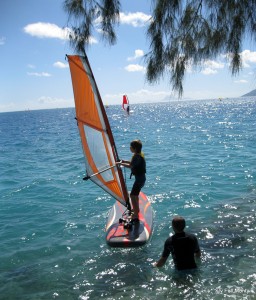 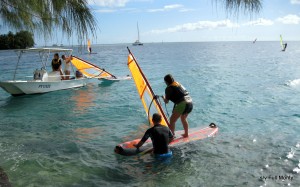 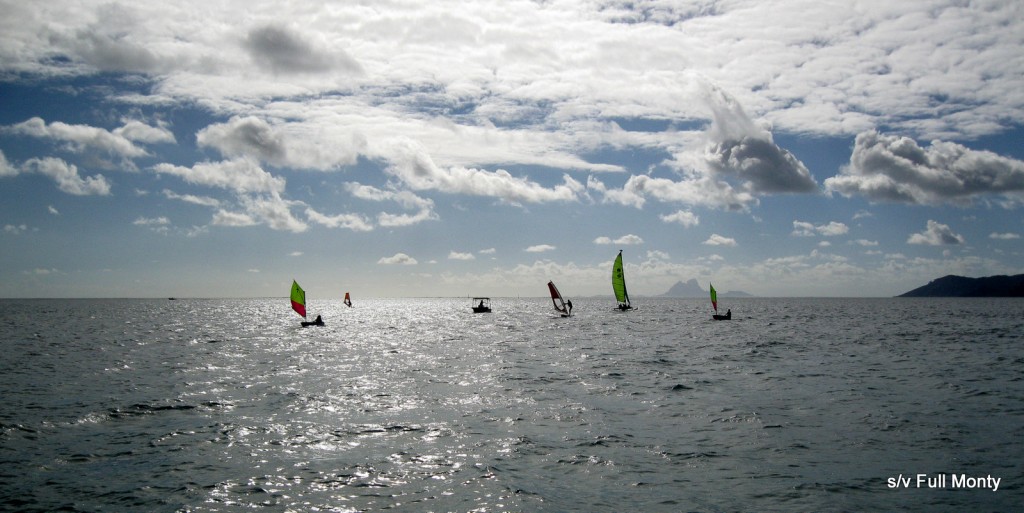 sails & Bora Bora on the horizon ~ a beautiful sight

On the Monday, we returned to the Gendarmerie for our final clearance.  We were surprised when the officer asked us when we would be leaving.  Therefore, we took advantage of this fact, and stated that we would need to wait on a favorable wind.  We remained in Raiatea for 2 more days before returning to Huahine to wait on that favorable wind. 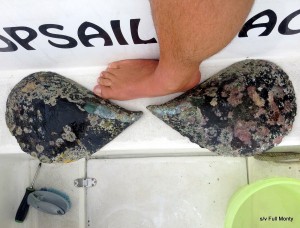 giant mussel found at while at anchor 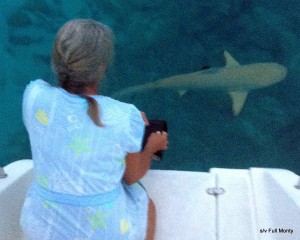 a nightly visitor looking for scraps