After an incredible morning with the voyaging canoes, we hoisted anchor and headed to Baie d’Avea at the southwestern end of Huahine.  Baie d’Avea had been our first destination of choice for Huahine.  Now, two weeks later, we were finally dropping the hook in this remote anchorage.  While we had been completely enjoying the amazing culture of Huahine, we were ready for some alone time.  Also, the boat needed some attention, and we had a birthday to celebrate. 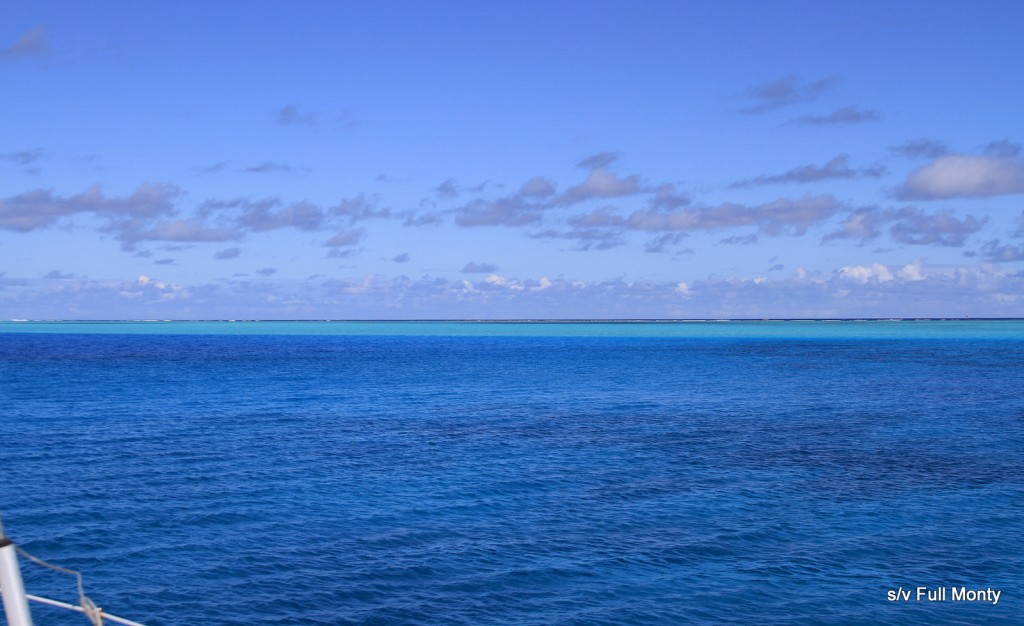 looking out toward the reef ~ anchored inside Baie d’Avea, southwest Huahine 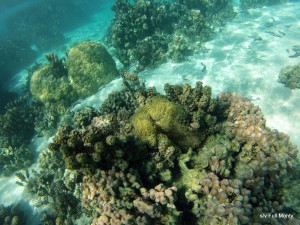 When we arrived in Baie d’Avea, there were only a few other boats in the anchorage.  We immediately enjoyed some snorkeling, standup paddle boarding, and skurfing.  When we weren’t playing, boat maintenance was getting done. 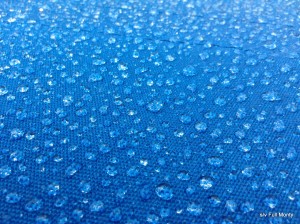 always nice to see water bead on the bimini after waterproofing 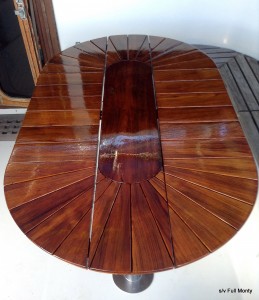 When s/y Breeze, a gorgeous Moody 64 under Swedish flag, dropped anchor in the bay, our kids finally got to have some kid time.  Two months ago, we’d sadly said good-bye to our kid boat friends in New Zealand, so our kids were quite happy to meet and play with Ella.  Unfortunately for us, Breeze was only there for a few days.  They had been in French Polynesia for a year, and they were approaching the end of their visa.  We wished we’d met them a lot sooner, but little did we know, Breeze would have a big influence in our lives further down the road.

Eventually, we got wind that a large group of kid boats would be arriving in Huahine.  They were of the next season of boats to pass through French Polynesia, and they were on their way to Baie d’Avea!  We had been hearing them on the SSB and VHF, but had not yet crossed paths.  Before we knew it, the anchorage was full of kid boats, and at one point we had 19 kids in the anchorage!

During the kid invasion, we must have been so busy playing that we forgot to take any photos.  In addition to ourselves, the other kid boats present were Field Trip, Moana Roa, Lil Explorers, Dafne, Elena, and Lochmarin.  A volleyball net was set up on the shore, and there always seemed to be a game going.  There were also the usual water activities, but this time I got to have my first experience noodling.  Sarah (s/v Field Trip) led all of the ladies in this water aerobics exercise that involved foam noodles usually found at swimming pools.  Yes, many of us already have noodles onboard!  There were also a couple of mornings that involved a dinghy ride around the southern tip of Huahine to the inside surf break of Passe Araara at Baie Parea.  The inside break is the perfect spot for beginners . . . if you disregard the fire coral beneath you! 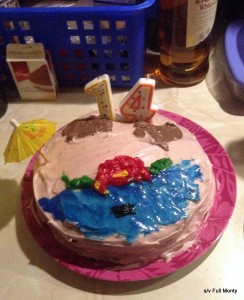 cake decorated by Colin for his big sister

Amidst all of the kid activity, we celebrated Justine’s 14th birthday.  Even though we had an anchorage full of kid boats, Justine chose to have a small and quiet celebration with only our family.  Her big gift had already been received a few weeks earlier when I took her to get her ears pierced in Papeete.  How fun to be able to say you got your ears pierced in Tahiti! 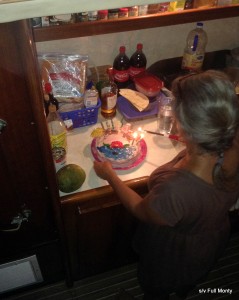 lighting the candles ~ 14 plus one for good luck 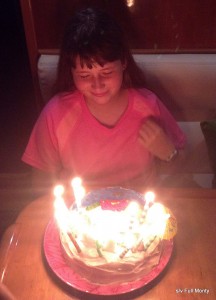 getting brighter every year!

Most of the kid boats departed Baie d’Avea on the same day, including ourselves.  We needed to return to Fare, and our time in French Polynesia was also coming to an end.

mom & babe out for a paddle

Once back in Fare, we ended up meeting a family from Hawai’i who was boat sitting for a family member.  Colin and Kea hit it off and spent many hours “burfing” . . . surfing on a boogie board.  While the younger kids were pulled behind a dinghy, Justine and the ladies paddled out in hopes of catching sight of a passing whale.

looking for humpbacks on the SUPs ~ are we crazy, or what! 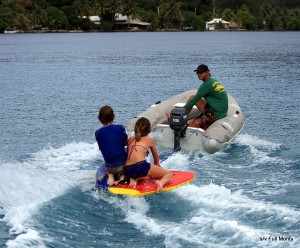 at least she went down too!

During our remaining days in Huahine, we were at a major indecision.  We knew we needed to leave French Polynesia soon.  However, it was hurricane season north of the equator.  We were supposed to be headed for Hawai’i, but it was too soon.  We took screen shots of the major hurricanes moving across the North Pacific and took them to the Gendarme’s office, begging for an extension.  After many tries, we had to give up.  Pitcairn was our only other choice, but that was in the opposite direction and would mean a lot of sailing for a short time.  We weren’t sure exactly what we were going to do.  In the meantime, we had school books being delivered to Raiatea, and it was time to make the short hop across the channel. 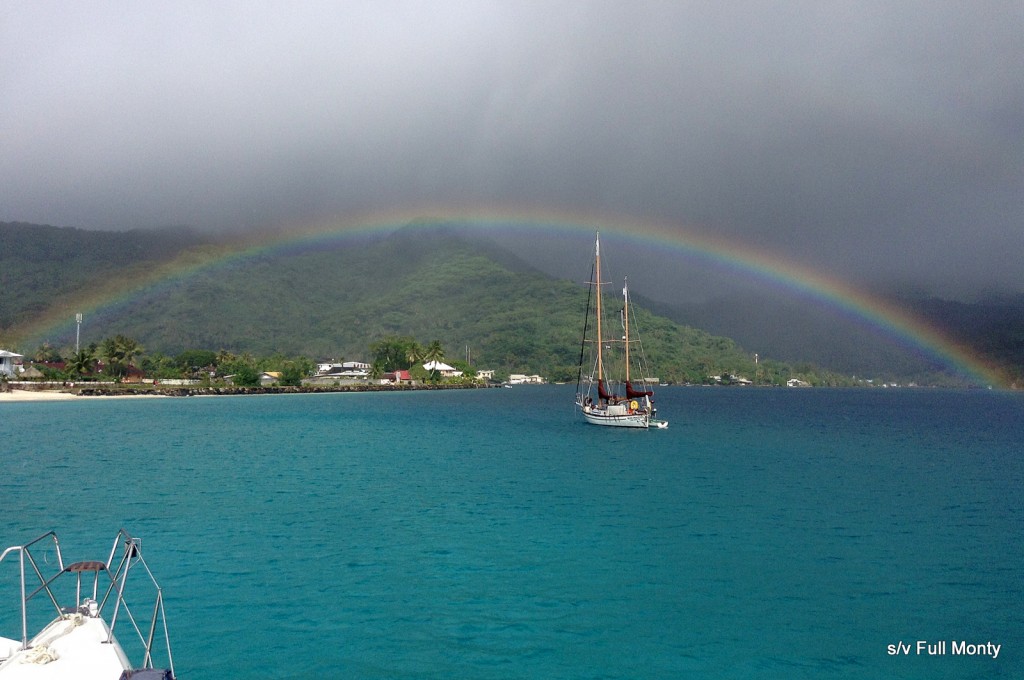 is there gold in the anchorage? 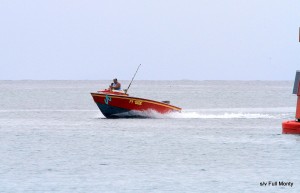